We have taken measures to make your shopping experience safe. Click for details. En français. 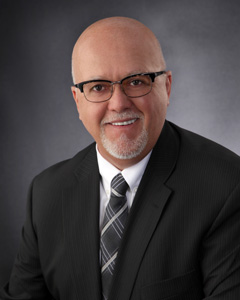 John began his career in the optical industry in May of 1974, at the age of 17, with Vogue’s founder, Wayne Gray, while still attending high school. Upon graduating, he spent two years taking the optician’s program through the Northern Alberta Institute of Technology becoming a licensed optician.

John has held the positions of Optician, Managing Optician, Regional Manager, General Manager, Vice President, President and has been in the role of Chairman since July of 2018.

A passion for the business and an even stronger passion to grow the business lead to John becoming responsible for the models of doctors on-site, leading to many acquisitions and professional partnerships. These acquisitions and partnerships, along with constantly focusing on growing the company, made John an integral part of the company growing from a handful of stores in Atlantic Canada to over 80 across the country.

Throughout the years, John has attended countless conventions and trade shows, including Hong Kong, Los Angeles, Las Vegas and Miami. In his current role as Chairman, John is primarily responsible for continued acquisitions and assisting with Professional Services. 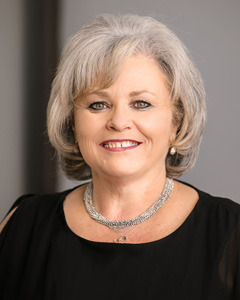 In 1988, and still in her final year of university at UPEI, Juanita began working at the Charlottetown location of Vogue Optical. After graduating with a newly minted Bachelor of Arts degree, a budding love of retail and a desire to grow, Juanita moved to the administrative team at Vogue. Over the years, Juanita has used her strong work ethic to move through many departments from accounting to buyer to marketing and finally to President.

In her current position as President, Juanita’s primary responsibility is the day to day operations of all retail locations and spends lot of time on the road ensuring that the company’s high standards are always being met. Juanita’s motto has been “Love what you do and love who you do it for.” She contributes her success in the company, and the company’s success, to hard work and commitment to great relationships. During her 25 year career Juanita has also organized and attended optical road clinics in NFLD, NS, PEI and NB. She has participated in several Vision Expos in New York City and attended Johnson & Johnson’s Training Academy in Jacksonville, Florida. 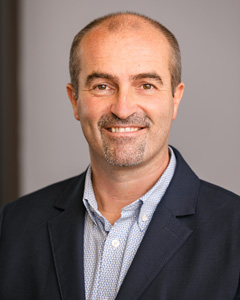 Born and raised in Petty Harbour, NF, Jamie graduated from St. Kevin’s High School in 1995 and then West Viking College in 1997 where he graduated with his Dispensing Optician’s License. From 1997 to 2006, Jamie worked as Optician/Managing Optician, in various Vogue Optical locations throughout Nfld, NB and NS.

In 2006, Jamie was promoted to the position of NB Regional Manager and now has 21 stores under his jurisdiction. During his 16 year career Jamie has organized and attended numerous Optical Road Clinics in NF and has attended several Vision Expos in New York City. Jamie has also attended the Transitions Academy in Orlando and Johnson & Johnson Training Academy in Jacksonville Florida. 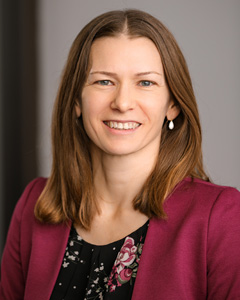 Amanda joined Vogue Optical in February 2019. She is a Chartered Professional Accountant and has a Bachelor of Business Administration degree from the University of Prince Edward Island. Prior to joining Vogue Optical, Amanda was employed as a Cost Accountant for Cooke Aquaculture, a large, multinational seafood company. 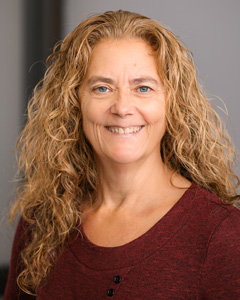 Upon graduating in 1982, Kathy began working for JM Rusk Optometrist and enrolled in the Dispensing Optician’s program. She received her license in 1986 and continued working as a licensed optician with JM Rusk until joining Vogue Optical in 1989. Kathy worked as a licensed optician, then after one year became a store manager.

During her 30+ year career, she has served as President of the Opticians Association of PEI. She has also participated in multiple Vision Expos in New York City and travelled within Canada and the US exploring all aspects of the optical industry.

Penny’s first exposure to the optical field started as a high school work-placement which quickly transitioned to full-time employment in an optometric office. Thus igniting her passion for the optical industry, Penny enrolled in the Optician program at Georgian College in Barrie, graduating in 1989.

Upon graduation, Penny worked for Standard Optical in various Banners before joining The Ivision Team in 1994. Penny began her career as a licensed optician accepting new responsibilities as Managing Optician and Manager of operations during her 22-year tenure with the iVision.

Penny joined Vogue Optical in 2016 when Vogue Optical acquired the Ontario based, iVision optical chain, encompassing 15 locations. Penny draws upon her 30+ years of optical experience and enthusiasm to motivate and educate her teams.

Penny is a member of the Ontario and Canadian Opticians association. Penny has attended Visions Expo in New York City and the Transitions Academy in Orlando Florida. 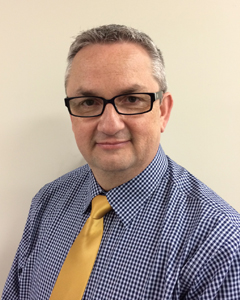 Born and raised in Halifax, Ernie attended Queen Elizabeth High School. Upon completion in 1976, he joined Halifax Optical (Standard Optical) as a sales consultant and received his Dispensing Optician’s License in 1979. Ernie was appointed Store Manager of Halifax Optical in 1990 and served in this capacity until joining Vogue in 1994. Ernie managed the Vogue Optical location on Spring Garden Rd until 1996 when he was promoted to Nova Scotia Regional Manager. He has held this position for 17 years and now has 21 stores in his jurisdiction.

During his 37 year career, Ernie has served on the Education Committee of the Nova Scotia Society of Dispensing Opticians and participated in several Vision Expos in New York City. Ernie has also attended the Transitions Academy in Orlando and Johnson & Johnson Training Academy in Jacksonville Florida. 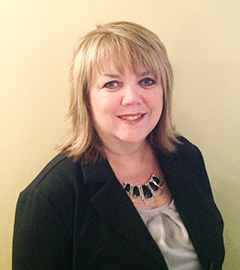 Regional Supervisor for Newfoundland and Labrador

Gladys graduated from Holy Heart Of Mary Regional High School and then attended Memorial University for two years, while working at Cabot Optical. She entered into the Dispensing Optician’s Program in 1983 and received her license in 1985. Gladys joined Vogue Optical as a Licensed Optician in 1986 and became Store Manager of the Vogue Optical on Duckworth St in St. John’s one year later. She received her Contact Lens Fitters License in 1991.

Gladys has held the role as a Regional Manager for St. John’s for 15 years and has 14 stores in her jurisdiction. During her 30 year career, Gladys has also served on the Education Committee and Newfoundland Guild of Dispensing Opticians in various capacities and participated in several Vision Expo’s in New York City. 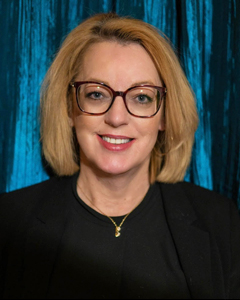 A long-time resident of Quispamsis, New Brunswick, Sharon graduated in 1983 from Kennebecasis Valley High School. After graduating she attended NBCC in Saint John in the business program. In 1986, she joined Vogue Optical as a receptionist in the very first NB location.

In 1989 she obtained her Dispensing Optician license and in 1994 was promoted to Manager of the Vogue Optical location in Westmorland Place mall in Saint John and remained there for the next 23 years. In January of 2017, Sharon was promoted to NB Regional Manager with 27 locations throughout New Brunswick under her jurisdiction.

During her 34+ years with Vogue Optical, she has sponsored several optical students and served as an Examiner for Nacor for the Optician Association of New Brunswick. 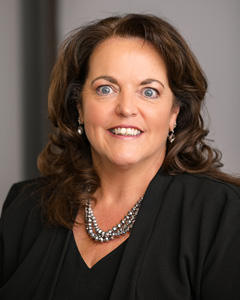 Barbara is currently the Payroll Administrator/Human Resources of Vogue Optical. Barbara joined Vogue Optical in June of 1992 where she started as a Sales Consultant in the Souris, PE location.

In 1994 she joined the team at Head Office in the Accounting Department. She was promoted to her present position in 1997 and has been managing these two key areas ever since. 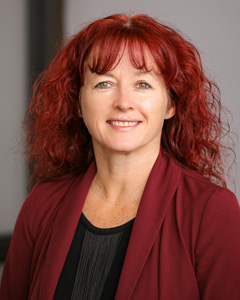 Dawn joined Vogue Optical in 2005 in an administrative role. She has held a few different roles in the company before taking over the Marketing responsibilities in 2007.

She is currently responsible for all advertising and sponsorship for all stores in the chain. Prior to joining Vogue Optical she worked for Transcontinental Atlantic Media Group. 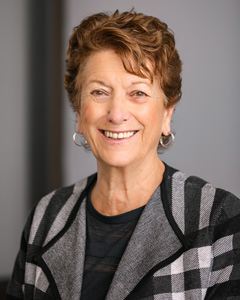 Barb started at Vogue Optical in August of 2008 in the Accounts Receivable Department. Her previous employment has been with Canada Mortgage and Housing, Eastern School Board and in the Grocery Wholesale Industry for over 20 years. 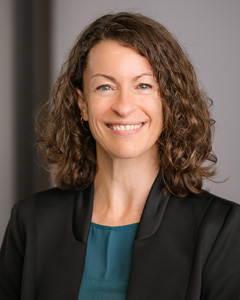 Tracy Smith is currently Executive Assistant to the President of Vogue Optical Group Inc. Ms. Smith joined Vogue Optical in 2009 following eight years’ experience in the insurance industry and seven years with non-profit organizations. Tracy earned her BBA from the University of Prince Edward Island in 2005 and Chartered Insurance Professional designation in 2011. 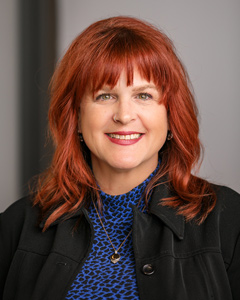 Kristen joined the Vogue Optical team in 2019 as an Administrative Assistant. She has worked in various roles in the optical industry since 1999 before joining the team. 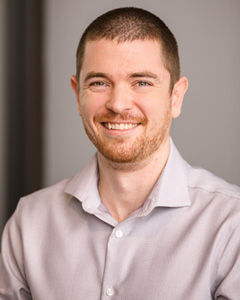 Kevin joined Vogue Optical in February of 2014. Kevin attended Holland College In 2009 in the Computer Information Systems course, graduating as a Network Administration Specialist in 2011. Kevin currently helps stores with troubleshooting problems in their computer systems, updating store computer systems, and updating one of our systems used for store files/forms on a daily basis.
Arrange an Eye Exam
Find a Store

We offer an outstanding Two Year Guarantee, premium lens options, contact lenses, safety eyewear, and so much more. Your 2nd Pair is FREE* at Vogue Optical!

* Some conditions apply. Specialized lenses and coatings are not included in our 2nd pair policy. See in-store for details.

Learn About Our Services and Policies